Contemporary home in the suburbs

renovation and interior design for a young COUPLE’S retreat

The contemporary home of a young couple should reflect and match their lifestyle: a passion for traveling the world and home cuisine. Upon entering the staircase, the light colored alternation of hardwood flooring with white plaster in the steps creates a relaxed, airy feeling, complemented by the custom lighting. The lighting of the landing was studied purposely to illuminate both the upstairs distribution space between living/sleeping and the custom staircase. 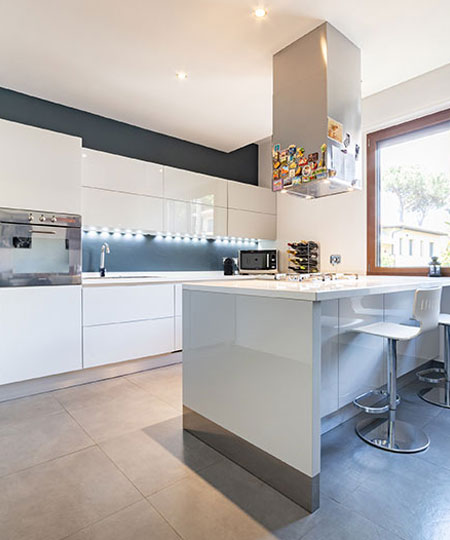 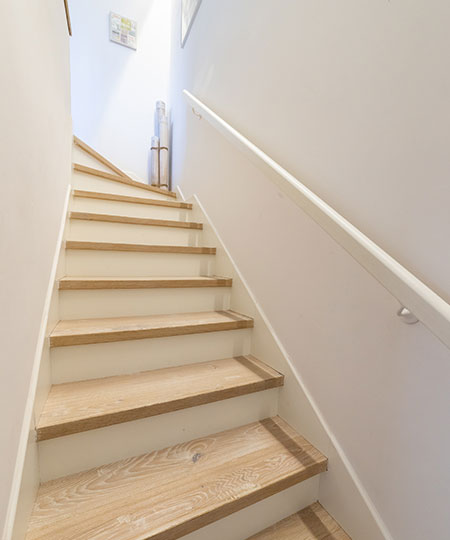 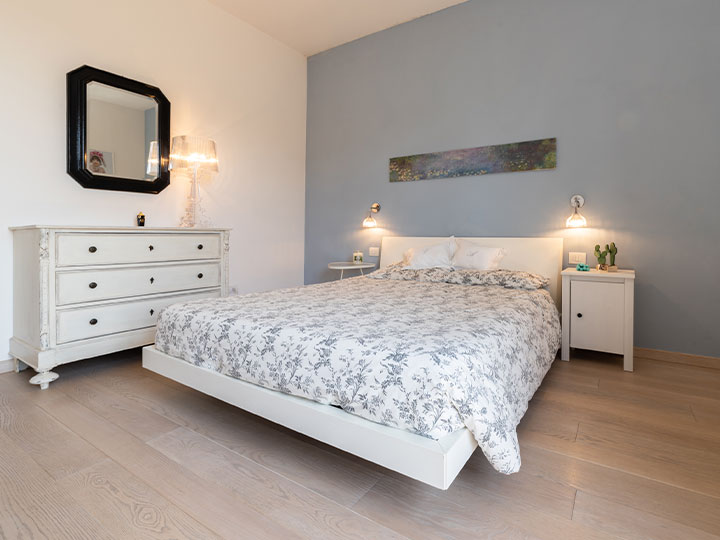 The living room is a space to relax, complemented by a large comfortable couch, a picture wall and a map of places been and yet to see. The new addition to their family fit right in with her own mini armchair. The designer kitchen provides ample space for food prep and a cooking area in the center of the room, sided by a counter for entertainment. The darker backdrop provides for a wonderful contrast to the light-colored cabinetry.  A spacious and airy bedroom with an old dresser repainted white complements an otherwise minimalistic room with a playful light blue backdrop.

SEE MORE of MY WORK

At slightly more than 10km from Florence, Sesto Fiorentino is a lively suburb away from the hustle and bustle of the larger city, but not lacking in activities in its own right. Situated northwest of Florence, nestled under the cooler hill of Monte Morello, Sesto was one of the summer destinations of the Florentine nobility in the Renaissance, which left several villas which are touristic attractions today. Since the Eighteenth Century, Sesto was home to a prized porcelain and ceramic factory, the Manifattura di Doccia, then transitioned into Richard-Ginori and partially converted into a museum which has been through some hardship in the past few years. However, the museum has been through heavy renovation both architecturally and administratively and is expected to reopen by the end of 2022, an event not to be missed!

APPLY FOR A FREE CONSULTATION

For interested clients I offer a complimentary consultation
where we assess your needs and ideas for your Tuscan home.

GET IN TOUCH
Go to Top
We use cookies on our website to give you the most relevant experience by remembering your preferences and repeat visits. By clicking “Accept All”, you consent to the use of ALL the cookies. However, you may visit "Cookie Settings" to provide a controlled consent.
Cookie SettingsAccept All
Manage consent

This website uses cookies to improve your experience while you navigate through the website. Out of these, the cookies that are categorized as necessary are stored on your browser as they are essential for the working of basic functionalities of the website. We also use third-party cookies that help us analyze and understand how you use this website. These cookies will be stored in your browser only with your consent. You also have the option to opt-out of these cookies. But opting out of some of these cookies may affect your browsing experience.
Necessary Always Enabled

Performance cookies are used to understand and analyze the key performance indexes of the website which helps in delivering a better user experience for the visitors.

Analytical cookies are used to understand how visitors interact with the website. These cookies help provide information on metrics the number of visitors, bounce rate, traffic source, etc.

Advertisement cookies are used to provide visitors with relevant ads and marketing campaigns. These cookies track visitors across websites and collect information to provide customized ads.

Other uncategorized cookies are those that are being analyzed and have not been classified into a category as yet.